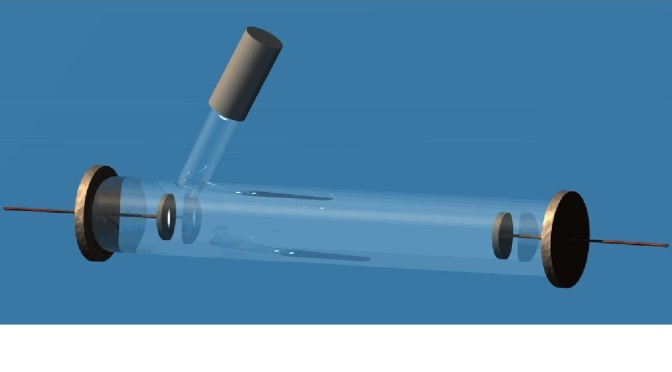 I had read about how it was established firmly that light had particle nature in high school. When I started teaching different theories about light I started wondering why was photoelectric effect needed to establish that light had particle nature? Light forms shadows on opaque objects. Only particle beams of radiation can form shadows as far as I knew. Why was formation of shadows not a more basic proof for light’s particle nature? So, I asked this question on Quora and quite a few learned gentlemen helped me out.

The problem with making deductions from what we see is not in one-to-one correspondence with the light patterns entering the eye!  Anything deduced from the appearance of shadows would have to be taken as at least a little suspicious.  Even our optical sensors are not perfect, but they are much better than the human eye if we want to get quantitative reproducible results. Researchers have shown that the sharp boundaries we see in clear shadows aren’t there!  They are artifacts of the processing by our visual system.

Actually, shadows have been extensively investigated and their complicated nature was part of the original proof for the wave theory of light, over and against the particle theory of light.

The particle theory became widely accepted because Isaac Newton was an exponent of it, despite many observations he himself made which indicated there might well be wavelike properties to light (eg Newton’s rings). He was so highly respected and did such critically important work in Optics that many people believed him when he said that light was made of particles.

But Christiaan Huygens at the same time advocated a wave theory of light. This led to a long controversy. It was hard to decide the controversy for sure experimentally, because the wavelengths of light are very small, and it required building small structures and using very bright light sources to be certain in the experiments, and the only very bright light sources in early times were not monochromatic sources but had many wavelengths in them.

Thomas Young did a very famous and brilliant experiment with two slits, that clearly showed a wavelike behaviour for the light on the other side of the slits, by demonstrating an interference pattern in the shadow, many people refused to believe his result which showed that light was a wave. Young became frustrated and went into other pursuits, including Egyptology, where he contributed to the early deciphering of the hieroglyphs. His contributions also lie in solid mechanics eg the change in length of longitudinal structures upon heavy load.

A question that came up was what should be the pattern of the light that passed through a circular aperture in an opaque wall. In other words what should the shadow look like?

A competition was held by the French Academy to calculate this. Fresnel did the calculation brilliantly using the wave theory of Huygens and came up with a particular diffraction pattern.

Poisson, a very strong advocate of the particle theory, decided to calculate instead what the shadow of an opaque circular disc should be using Fresnel’s method. He found that there should be a bright spot right in the middle of the shadow. He declared that this showed that the wave theory was complete nonsense: he thought the bright spot couldn’t possibly make any sense.

However an experimentalist by the name of Arago went and measured the shadow very carefully. He found the bright spot right in the middle of the shadow just as the wave theory demanded!

So real shadows were quite hard to explain with a particle theory of light.

Newton had in fact done a similar experiment to Arago, but the dimensions of Newton’s apparatus were such that he could not have seen the effect.

This established the wave theory as correct in almost everybody’s mind, and that belief was cemented further by the discovery of the laws of electromagnetism and the formulation of Maxwell’s equations, which gave a basis for understanding light as an electromagnetic wave.

An explosion of experiments was done in the late 19th century on electromagnetic phenomena of all sorts to test the Maxwell equations as far as they possibly could be tested.

But there was still some controversy – cathode rays were discovered and it was uncertain what their nature was. After all, the atomic theory was also around and it was very successful in chemistry. There were clearly particle like aspects to matter, so why not also to light?

Heinrich Hertz was the first to show that electromagnetic waves really propagated with the speed required by Maxwell’s equations, the speed of light that is. By about 1890 he had also discovered the photoelectric effect. But what he discovered at that point in time was still quite primitive – he observed that if he shone ultraviolet light on the electrodes in a spark gap, it produced sparks much more easily.

In 1897 J J Thomson showed that the cathode rays could be interpreted as if they were a particle, called the electron with a fixed charge to mass ratio. This was critical, because now, when you thought of shining light on the metal electrode in the photoelectric effect, you could imagine that electrons were being knocked out of the metal cathode.

But everyone still thought that light was a wave. The wave theory had been tremendously successful.

But when the experiments got to be good enough, that was not what was observed – what was observed instead was that the photocurrent appeared immediately, whenever it did appear at all, and no matter how dim the light source was. There was no time delay after turning on the light. Also, the photocurrent did not appear at all when the frequency of the light was less than a certain value, a value that depended on the metal. What this clearly was showing was that something was very wrong with the Maxwell theory.

So when Einstein explained this effect in 1905, by saying that light was composed of “light quanta” with fixed amounts of energy depending upon the frequency of the light, along similar lines to the solution Planck had given to the spectrum of the black body radiation, the study of the photoelectric effect was still pretty new – it was only 15 years since the effect had been discovered by Hertz.

But this observation and the explanation were both essential to justify thinking of light as a particle.

So, I understood this gave a very strong evidence that light came in small packets or quanta with fixed amounts of energy: if bright light were made of waves of very large amplitude and dim light were made of waves with very small amplitude, then the energy that dim light would transfer to an electron would take some time to build up, before it would be enough to kick an electron out of the metal. But it the light was made of little packets and transferred all of the energy in a packet at once, then the electron could be kicked out as soon as one of the first packets in the light hit the electron in the metal, which would be very close to the point in time when the light was turned on.

The Maxwell theory could not account for this as it stood.

It was the detailed experiments that mattered – they took a little while to do, but not so very long after the effect was discovered.

The experiments had to be done in a pretty good vacuum, or else nothing could be seen at all, and that is also why it took until the late 19th century to do the experiments on the photoelectric effect. Vacuum was need because otherwise the ejected electron would have collided with atoms in air and thus no current.

That is also why no one discovered the electron until JJ Thomson, in 1897. He could prove that the cathode rays were particles, because he was capable of making vacuum tubes with a very high vacuum in them. The presence of even a little bit too much air in the tube changed everything you saw in the experiment to the point that you couldn’t be sure if the cathode rays were really particles or were really waves.

Now not everyone accepted that light had a particle like nature yet, even after Einstein’s explanation. This took some time – the final deciding factor was the observation of the Compton effect. In the Compton effect the result of the scattering of a single photon on a single electron could be seen, and the Planck-Einstein relations for the momentum and energy of the photon were verified.

After that, nobody could really doubt very strongly that photons existed.