Jaswant Garh is a small temple honouring the martyr Jaswant Singh at the spot where he fought. The temple is adorned with a bust of his and many of his personal effects. A marble plaque commemorates him and 161 other men of his battalion who died in the battle of Nuranang, which was awarded to Garhwal Rifles as a battle honour. This shrine known as Jaswant Garh is between Se La and Jang.Indian Army personnel passing by this route traditionally pay their respects here, irrespective of rank. Jaswant is treated as if he is alive, his boots shined and his uniform and accoutrements cared for by Army personnel posted at the shrine. He has received all his promotions in time, and has reached the rank of Honorary Captain. He is a source of inspiration to people of Arunachal Pradesh. 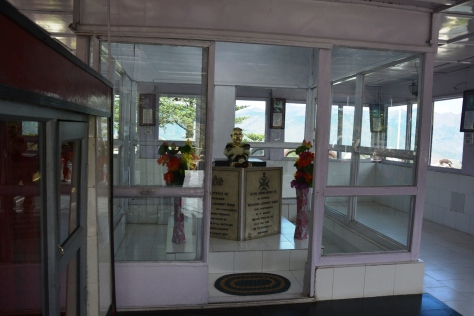